In 2006 Q3, the pace of disinflation accelerated markedly, with the 12-month inflation rate dropping to 5.48 percent in September, down 1.63 percentage points from the June level and one percentage point lower than forecasted in the August 2006 Inflation Report. This development was mainly due to the slower-than-expected growth of volatile prices and to the relatively more
sluggish dynamics of administered prices. The deceleration in inflation was also ascribed to core inflation (corrected for indirect tax effects), the annual rate of which went down due to the favourable impact of tight monetary and fiscal policies that also improved inflation expectations,
amid stronger competition in the retail market associated with a more resilient aggregate supply.

The influence of these factors was confirmed by the annual inflation rate, which continued to fall, reaching 4.8 percent in October 2006.
Nevertheless, the inflationary potential of demand remained high, given that the economy continued to expand at a fast pace in 2006 Q2, posting an annual growth rate of 7.8 percent against 6.9 percent in 2006 Q1, and actual GDP was still above potential GDP despite the upward revision of the latter. Although the driver of economic growth was household consumption (12.7 percent),
fuelled mainly by fast growing wages as well as bank and non-bank loans to households, it was sustainably complemented in 2006 Q2 by a similar growth rate of gross fixed capital formation (12.2 percent), which is expected to contribute to the expansion of aggregate supply in the period ahead.

Against this background, at the beginning of 2006 Q3, monetary policy tightened through the implementation of the measures taken by the NBR Board in late June, namely to raise the monetary policy rate by a quarter of a percentage point and to increase by 4 percentage points the reserve requirements on RON-denominated liabilities with maturities of up to 2 years. During July- September, the monetary policy rate was maintained at 8.75 percent. This proactive decision of the
NBR Board was primarily substantiated by the anticipation of an annual inflation rate falling below its forecasted year-end level; the significant increase in the restrictiveness of monetary conditions induced by the higher real monetary policy rate – amid faster disinflation in 2006 Q3 – was only temporarily alleviated by the slight real depreciation of the domestic currency versus the euro against the previous quarter. Another reason for the interest rate policy decision was the time lag needed for the full transmission of the effect of previously adopted monetary policy measures, as
the NBR Board opted for closely monitoring economic developments, including the effects of its recent policy measures, in order to be able to take prompt action in the event of a potentially substantial increase in demand-pull inflationary pressures calling for a recalibration of monetary policy parameters. During the considered period, the National Bank of Romania continued to
exercise firm control over money market liquidity by systematically mopping up excess liquidity
via open-market operations.

The baseline scenario of the current forecast of medium-term macroeconomic developments shows
an improvement of the inflation outlook in the first part of the forecast horizon, with the projected
annual inflation rate for December 2006 falling below the mid-point of the inflation target, i.e.
around 4.7 percent; the substantial downward revision (by about 1.4 percentage points) of the
previous year-end inflation forecast is largely due to incorporating the favourable effect of the
sharp decline in the dynamics of volatile food prices during 2006 H2. The relative alleviation of
inflation expectations during 2006 H2 will help the disinflation trajectory fall below the previously
forecasted level throughout 2007 Q1-Q3. By contrast, in the second part of the projection horizon,
the annual inflation rate is expected to be higher than previously forecasted amid the action of
adverse factors. These include larger and more persistent pressures exerted by the relative increase
in excess demand in the first three quarters of the projection horizon, also as a result of fiscal policy
easing, and a stronger impact of adjustments in administered prices and some indirect taxes.
Against the background of lower inflation expectations, the annual rate of CORE2 inflation for
most of the projection horizon is expected to be lower than forecasted in the August 2006 Inflation
Report. Deceleration of CORE2 inflation will also be underpinned by the gradual narrowing of the
output gap under the impact of persistently tight monetary conditions; this indicator should fall into
negative territory starting with 2007 Q3. The annual core inflation rate will be affected by the
effects of higher excise duties on tobacco products, its downtrend being expected to post a shortlived
reversal at mid-2008.

The balance of risks and uncertainties associated with the current projection of macroeconomic
developments continues to be clearly biased towards factors that may slow down disinflation.
Similar to the previous forecasting round, one of the major risks causing aggregate demand to exert
higher inflationary pressures is the possibly larger-than-anticipated fiscal policy easing in 2007.
The sharper expansionary stance of fiscal policy might arise from both larger-than-projected
widening of fiscal deficit because of revenue undershooting and the change in the structure of
public spending, by raising current (consumption-related) expenditures to the detriment of capital
(investment-related) expenditures. In 2007, demand-pull and cost-push inflationary pressures could
be additionally fuelled by the possibly higher-than-projected wage increases in both public and
private sectors. This risk is heightened by the recent labour market tightening, especially as regards
skilled staff. The likelihood of these risks to materialise is higher in the case of early elections
within the forecast horizon. Aside from larger inflationary pressures, the overly high domestic
demand might entail an unsustainable widening of the current account deficit, whose potential
correction would reignite inflation and/or increase, over the medium run, the cost of disinflation in
terms of economic growth. The risk that inflation rate may deviate from the projected trajectory is
heightened by the uncertainties surrounding the magnitude and the calendar of administered price
adjustments, the schedule of aligning indirect taxes to the levels stipulated under the agreements
concluded with the EU, as well as the dynamics of volatile food prices.

The assessment by the National Bank of Romania
Board of the assumptions and results of the updated
projection of macroeconomic developments has
underscored a stronger effect of the action of some
potentially inflation-generating factors, on both
demand side and supply side, in the upcoming
quarters; such an impact makes it even more
difficult for the National Bank of Romania to attain
its medium-term inflation targets. From this
perspective, the National Bank of Romania Board
shows concern over the major inflationary risks
induced by the increase in projected excess demand
in the near term – due largely to fiscal policy easing
in the period ahead – and by the further significant
adjustments in some administered prices and hikes
in some indirect taxes during the projection
horizon. In this context, the National Bank of
Romania Board has decided to maintain the
monetary policy rate at 8.75 percent per annum and continue to pursue a firm control over money
market liquidity. Moreover, the Board has decided to maintain a restrictive monetary policy stance
for a longer time-span, also as a measure aimed at offsetting some unexpected slippages of wage
and fiscal policies. In addition, the National Bank of Romania Board has reaffirmed that it will
continue to vigilantly monitor non-government credit expansion and the prices of certain broad
asset classes in order to identify and take prompt monetary policy measures against developments
that might pose risks to disinflation. 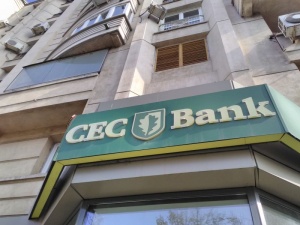 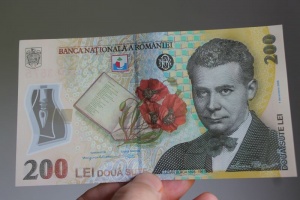 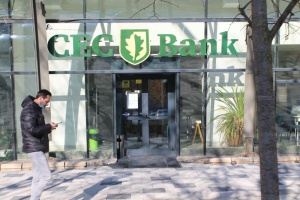