The countries of SEE are expected to show a real growth rate of their Gross Domestic Product (GDP) by approximately 6 per cent this year and remain one of the engines of European growth. The EU accession of Bulgaria and Romania and the modification of the Central European Free Trade Agreement (CEFTA) will prolong this trend. The RZB Group is represented in the region via its subsidiary Raiffeisen International Bank-Holding AG with banks in seven markets. With total assets amounting to 14.0 billion Euros, some 600 business outlets and employing approximately 12,100 people (all data as of 30 June 2006) it ranks among the leading banks in SEE.

The EU is by far the most important trading partner for SEE. In 2005, total trade between the EU and SEE amounted to 79 billion Euros, an increase of 53 per cent compared to 2001. The EU has offered preferential access to the Western Balkans since 2001 – since that time, exports from these countries to the EU have grown by 38 per cent. Trade between SEE countries has been boosted by the establishment of bilateral Free Trade Agreements. Trade within the region increased from 2.6 billion Euros in 2002 to more than 3.5 billion Euros in 2004. For instance, Croatia increased its trade with its regional neighbours by 27 per cent, while Bosnia and Herzegovina boosted its regional trade by 63 per cent. The enlargement and modernisation of the CEFTA will build on these encouraging results. The Agreement will consolidate the bilateral trade concessions, which are currently included in 31 different bilateral Free Trade Agreements – which already liberalise more than 90 per cent of trade in the region, including almost all trade in industrial products.

Currently, the volume of trade between SEE countries is relatively low as a result of the disruption in economic cooperation during the last decade. Also, many unsolved political issues and the restructuring of the individual national economies has hindered a recovery in regional trade. The current members of CEFTA, namely Bulgaria, Croatia, Romania and Macedonia, most probably will be joined by Albania, Bosnia and Herzegovina, Serbia, Montenegro, Kosovo and Moldova. Bulgaria and Romania will be obliged to leave the organisation after obtaining full EU membership at the start of 2007. Until then, the "new CEFTA" will cover an area with a population of just above 55 million or around 12 per cent of EU population. The latest data suggest that GDP of the new CEFTA members amounts to more than 200 billion Euros, representing around 1.8 per cent of the current GDP of the EU.

Strong economic activity is generating pressures on import growth, not only due to high household consumption but also as a result of the recent strong investment cycle in the SEE region. Still struggling to significantly improve goods exports, especially to the EU market, most of the countries face high trade deficits. Unfavourable trends in international trade in goods have significantly contributed to the external imbalances of the SEE countries and are thus in part responsible for generating the current account deficits. The most desirable way to finance such deficits is via foreign direct investment (FDI), i.e. inflows of non-speculative long-term foreign capital. For the new members of the EU, FDI has had a proven positive impact on exports and production growth, job creation and in improving efficiency at the microeconomic level. Over the last couple of years strong growth in FDI was seen in the region, especially in Romania and Bulgaria. Foreign investors' increased interest came as a result of the EU perspective for the region, lower average labour costs than in the new Member States, proximity to the EU market, robust economic growth and ongoing reforms. The privatisation process in SEE countries contributed positively to the increase of FDI inflows. In the coming years privatisation receipts should remain high, since a still significant proportion of assets is in government hands in SEE countries. Liberalisation in the transportation and communication sector, utility services and privatisation of financial institutions might continue to generate strong flows of foreign capital to the region in the coming years. Most of the SEE countries have recently adopted proactive investment promotion policies, offering various incentives, as they realize the importance of FDI for economic growth.

Still the FDI stock per capita in the region is significantly lower than in Central Europe. It amounts to slightly more than 1,000 Euros compared to some 2,900 Euros per capita in Central Europe. Therefore, SEE countries are focusing their attention on attracting more FDI, through which the national economies can encourage production and the import of know-how, can increase employment, infrastructure development, and help to reduce poverty, etc. Therefore, the countries are looking for innovative ways. For example, on 30 June 2006, the Serbian government enacted the "Regulation Setting the Conditions for and Way of Attracting Direct Investments", which provides for pecuniary incentives from the budget for the newly employed. Montenegro published a FDI incentive strategy in July 2006. And Albania aims to attract investors with a sell-off, calling the strategy "Albania for 1 EUR". However, before FDI is flowing in, demands such as political stability, infrastructure improvement, quality of education have to be met. The first steps have already been taking and with joint action SEE might cause some surprises.

Once again stock markets in the South East European region put in a very good performance during the first nine months of 2006. The Bucharest Stock Exchange (BSE) posted good performance so far in 2006, with the EUR-based BET index gaining 23.6 per cent YTD. Market capitalisation went up by 24.2 per cent YTD, on the back of share price appreciation almost across the board as well as new arrivals to the market, most important of which is Transelectrica. The EUR-based BET-FI (comprises five local investment funds) gained by impressive 191.1 per cent in 2005, but has only posted a 7.8 per cent increase so far this year, mainly due to uncertainties resulting from changing ownership limit legislation.

The Croatian equity market managed to show – mainly driven by the Pliva takeover story – a quite high return of 47 per cent in the first three quarters of the year. The Serbian indices as well as the Bulgarian indices strongly performed and climbed to record-high levels in the third quarter of 2006. Last but not least in Bosnia and Herzegovina optimism prevailed on the local stock exchanges.

The report is available via: http://www.rzbfiles.at/seespotlight.pdf

Raiffeisen Zentralbank Österreich AG (RZB) is the central institution of the Austrian Raiffeisen Banking Group, the country's largest banking group. It is a leading corporate and investment bank in Austria and also considers Central and Eastern Europe (CEE) as its home market. Via listed subsidiary Raiffeisen International Bank-Holding AG, it operates one of the leading banking networks in CEE with subsidiary banks and finance leasing companies in 16 markets. More than11 million customers are attended to through more than 2,700 business outlets. Representative offices in Lithuania and Moldova complement the group's presence in the region. Raiffeisen International's shares are traded on the Vienna Stock Exchange. RZB owns 70 per cent, the balance is free-float. 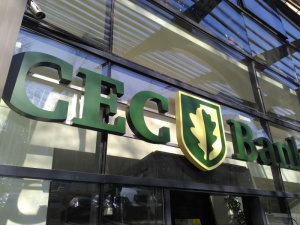 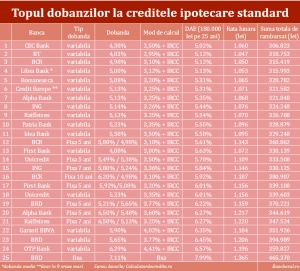 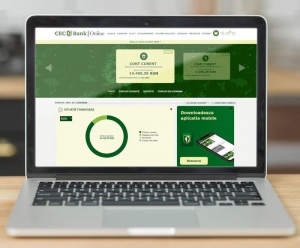 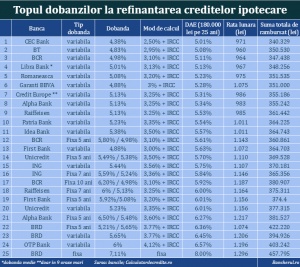